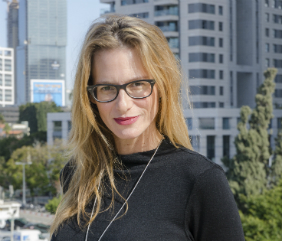 Native New Yorker Sharon Levi has joined Armoza in 2013 from the entertainment business. She was head of the international dept. at Israel’s leading music company, mainly representing and marketing music domestically and internationally, working with artists such as Whitney Houston, Santana and REM, she’s traveled the world to listen to great tunes and bring them back to Israel.

Prior to Armoza, she worked as a talent agent representing actors, creators, directors and content editors which drove her closer to the fascinating world of television. Her favorite TV show is Breaking Bad (“a true television masterpiece”). Her favorite music artist is Prince.