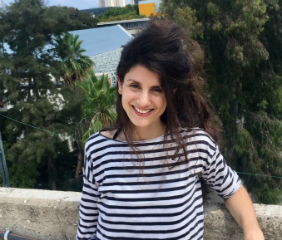 Born and raised in Paris, Salomé moved to Israel in 2012 after spending two years in Brussels where she worked for an International Short Film Festival. She interned for Lev Cinemas, one of the main domestic film distributor in Israel, before becoming Cultural and Audiovisual Project Manager at the French Institute. Most recently, she worked as a Consultant for French and Israeli producers and broadcasters, supervising projects development and initiating new ventures.