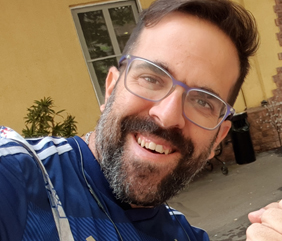 Ori is an established name in the Israeli TV industry and has had extensive experience from both creative and production perspectives. Most recently he was Head of Entertainment and Game Shows at Israel’s Reshet 13. Ori has also worked as showrunner on some of Israel’s most popular TV Shows (The Wall, Boom, Raid the Cage, Little Big Shots Israel) and was the Head of Creative at the independent development and production company, Creatit Studio.

Armoza Formats and Ori Dror previously collaborated on various projects, including Play Date and Pull Over, which he co-created, and Still Standing, Babushka, and We Believe in You for which he served as showrunner and as part of the creative team.

He is an avid football player, playing on the Israeli National Football Art team, and a proud father to his 3 kids.